What we learnt from our celebrity travel experts 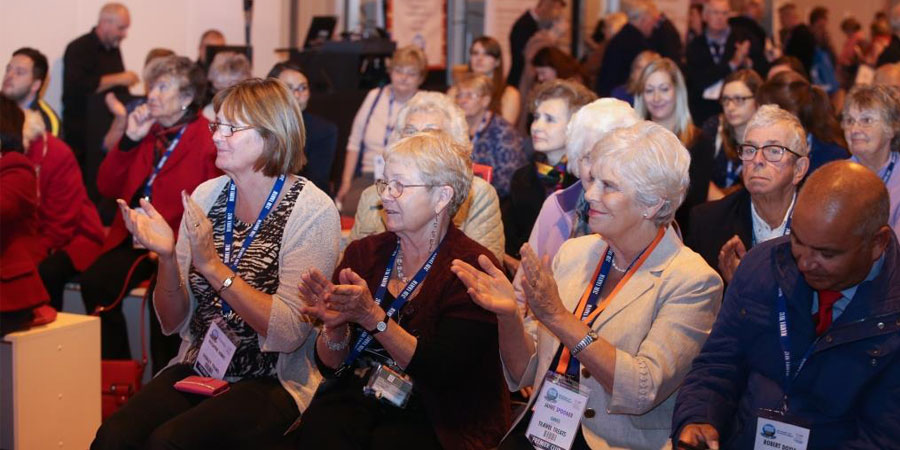 One of the highlights at this year’s Group Leisure & Travel Show was the popular Seminar Theatre line up, boasting four travel experts who imparted a great deal of knowledge and advice to their audience.

Eric Knowles, of Antiques Roadshow fame, kicked off the programme by regaling his audience with some of his favourite historic houses. Recommendations included The Brontë Parsonage Museum in Haworth and Towneley Hall Art Gallery and Museum in Lancashire.

Christine James, who organises for CMJ Group Travel, described the seminar theatre as “amazing”, adding that “Eric Knowles in particular was wonderful.”

Julie Peasgood invited the crowd to discover hidden gems in Britain. In particular she recommended the village of Alfriston in Sussex, and also included pointers about visiting nearby Berwick and Charleston, and the “not quite so near but still wonderful Gravetye Manor.”

Julie’s audience were given plenty more food for thought as she went on to recommend Hastings, followed by the Gibbon Bridge Hotel and the Forest of Bowland, then Stamford and finally Hemswell Antique Centre in Lincolnshire.

Visitors were also able to listen to and participate in a Q&A session with Martin Roberts, following some humorous stories about his own travel experiences. The audience was delighted by a story about how Martin once went to Canada to film for just a day, and another time when he ended up in Tibet by mistake – during a period where journalists in China were, let’s just say, not warmly welcomed.

The audience learnt that Dorset is one of Martin’s favourite places to visit in the UK. He also filled everyone in on some of the amazing hotels he’s stayed in as part of the job – and how expensive a luxury hotel can be.

And closing the Seminar Programme was Alexis Conran; expert in avoiding scams and the winner of this year’s Celebrity MasterChef. Alexis inspired his audience by explaining some of the most effective and simple ways that travellers and holiday-makers can fall prey to a scam – and more importantly, how to avoid these.

Alexis had many top tips for travelling safely abroad, and sent audience members off with advice like “don’t feel hassled into buying something”, and “be careful trusting people who look like they might be authority” just because of what they’re wearing.

He had the audience eating out of the palm of his hand by demonstrating live how easily people can be distracted from what’s right in front of them, and showed a number of film clips to bring the message home even harder: don’t let your guard down while travelling.

GTO Sheila North from Houghton Regis Horticultural Society said: “I saw Alexis Conran – he was very good. The advice he gave about keeping yourself safe was amazing; he spoke about things I wouldn’t even think about normally, like people in hotels taking suitcases. He came across so well, and was very professional.”