With the Group Leisure & Travel Show just around the corner, we thought we’d dig out 15 unusual facts about Milton Keynes, so you’re clued up before your visit to Stadium MK on 10th October.

1. MK has more bridges than Venice

Yes, you read that right. Milton Keynes’ bridges may not be as picturesque as parts of Venice but they’re nice and practical with many including handy underpasses, allowing you to easily navigate under main roads without having to wait for the green man.

Snozone, located in the giant Xscape centre provides a hub for year-round indoor skiing and snowboarding. More than two million people have learnt to ski and snowboard since it opened 19 years ago, and BBC’s Top Gear has even promoted a car on its slopes. 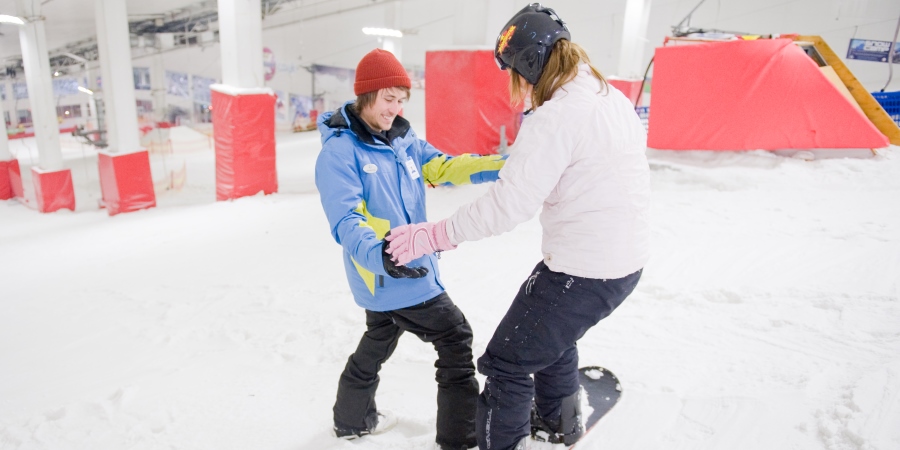 Groups can learn to snowboard or ski at SnoZone.

3. There are roundabouts everywhere – but they get you where you need to be

Famous for its roundabouts, 130 of them and counting, MK’s love affair with the concrete circles was never meant to be permanent. According to the plans, the iconic grid system was supposed to have traffic lights installed, but they were never fitted in the end.

4. It’s more historical than you think

Although the UK government began the regeneration of the area in the 1960s, some of the surrounding villages and towns have been around for hundreds of years, including Newport Pagnell which was first mentioned in the Domesday Book of 1086. Milton Keynes even formed its eventual name from one of the old villages, known as ‘Middleton Kayne’ in the 13th century.

Mk Theatre is one of the most successful theatres outside of the West End, the auditorium ceiling can be lowered or raised depending on the scale of the production. There’s always a variety of performances throughout the year to enjoy, including an annual pantomime at Christmas. 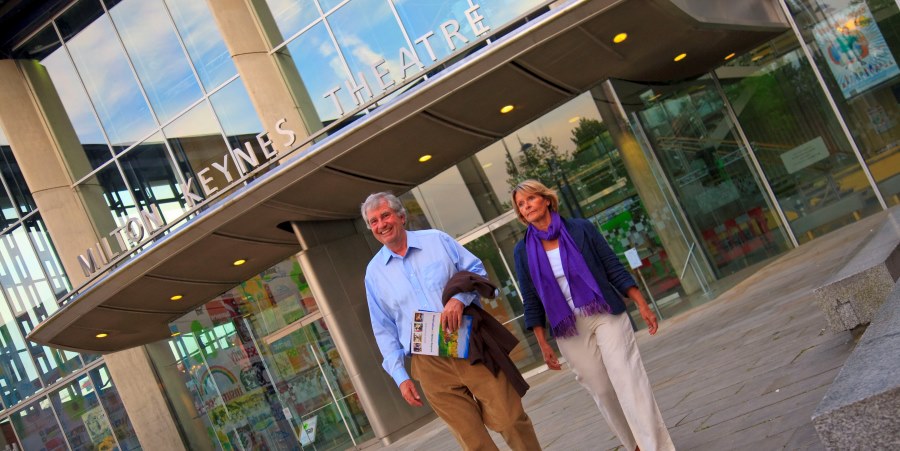 You can see a range of touring productions throughout the year.

6. Sportsman from the area thrive

Greg Rutherford, who was born in Milton Keynes, won an Olympic gold medal on the infamous ‘Super Saturday’ at the London 2012 games. His winning jump measured in at 8.31 metres. Tottenham and England Midfielder Dele Alli is also from MK, signing for spurs in 2015 for £5 million. You can see the silver statue of the Greg Rutherford on the way into town too.

7. No one is ever more than half a mile from a park

If you like a nice stroll around some green spaces, Milton Keynes has a variety of them. Campbell Park is one of the biggest in the town, named after one of the its founders Lord ‘Jock’ Campbell, and hosts a range of different events throughout the year. 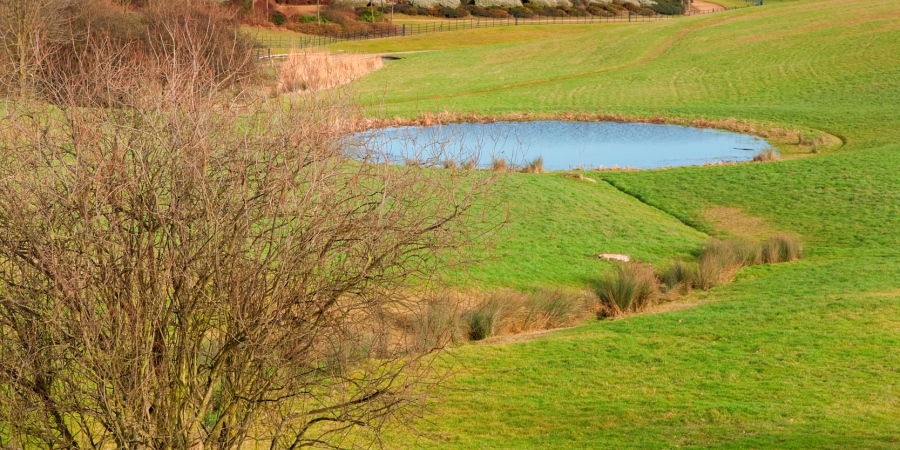 Campbell Park is one of the biggest in the town.

8. It has concrete cows

The concrete cows have become a bit of landmark, created in 1978 by Canadian artist Liz Leyh as a gift from the town’s development cooperation. They now reside in MK Museum, crafted from scrap materials donated by a local builder.

9. The area is known for a very intriguing past

The codebreakers spent time at Bletchley Park, a large countryside mansion just outside town, in a bid to intercept messages from the Nazis during World War Two. Groups can visit the site and see exactly where the original computer used to be.

Hence the number of watersports and activities on offer in the town. Willen Lake, one of the most popular, provides a range of adventure days on the water such as wakeboarding, sailing and kayaking. 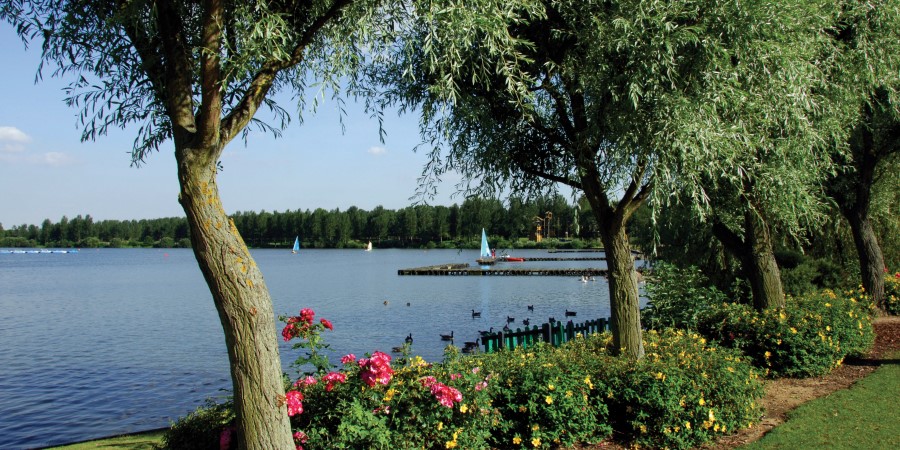 Willen Lake offers a variety of activities on the water.

11. Torvill and Dean have practiced at the ice rink

The town has around 20,000 parking spaces so you’re bound to find a space to leave your car before discovering a variety of new places to take your group. The Marshall Arena alone has more than 1,600 car parking spaces.

Her Majesty Queen Elizabeth II officially opened the newly built stadium on 29th November 2007. The 30,530-seater ground is home to MK Dons Football club, the DoubleTree by Hilton, the venue for the Group Leisure & Travel awards (hyperlink to page) and of course, the Marshall Arena where the 2019 Group Leisure & Travel show will be held. 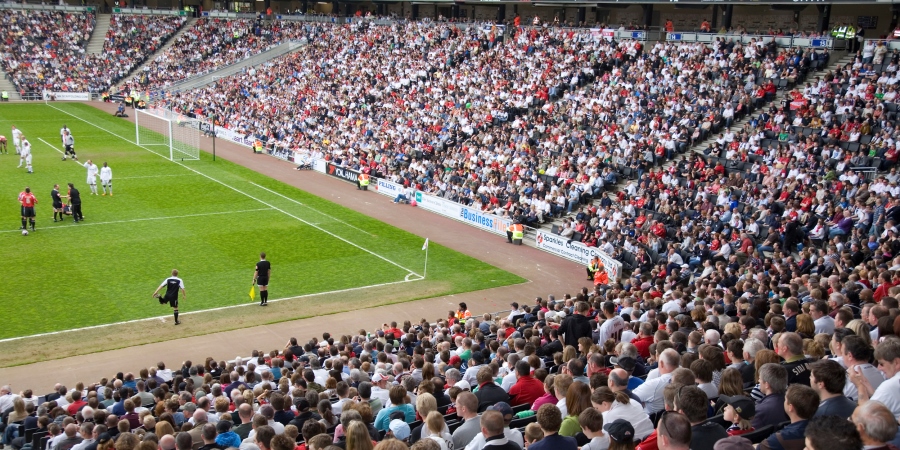 Although WD-40 was established in California, its UK base is in Milton Keynes. The lubricant has been one of the leading substances on the market for more than 50 years, stopping squeaks and loosening rusted parts. It’s said that only six people on the planet know its secret recipe.

15. The area came up with a well-known phrase

The phrase “Cock & Bull Story” supposedly derived from the two inns in Stony Stratford High Street, a town next to MK.

Want to see what else Milton Keynes has to offer? You can do, while also attending the 2019 Group Leisure & Travel Show on Thursday 10th October at the Marshall Arena, Milton Keynes.

Register now for your free entry to this year’s exhibition.