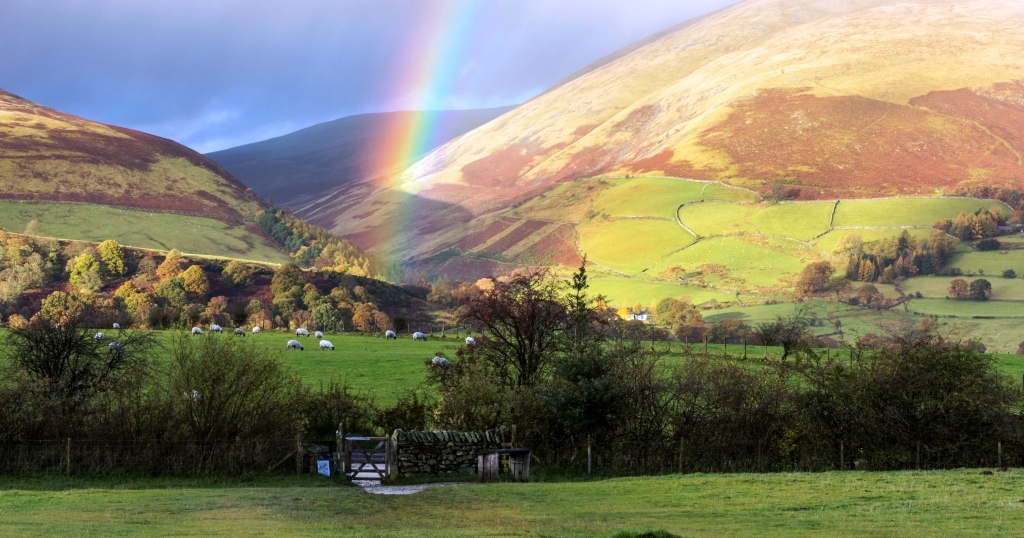 What makes Great Britain amazing, and where can your group go that will make their jaws drop in awe? We’ve got some attraction ideas of our own; and you can find out all about them at this year’s Group Leisure & Travel Show.

VisitBritain is midway through a campaign called #OMGB (Oh My GREAT Britain) that aims to promote attractions, landscapes and great locations that will all wow visitors to the nation. By raising awareness of the range of activities and experiences on offer in Britain, the campaign promotes Britain’s key cities whilst highlighting them as gateways to Britain’s countryside.

An #OMGB moment could be anything, from standing on the very spot Shakespeare learnt to write, to watching the guards marching past Buckingham Palace in black and red unison. Or your moment might be as simple as sampling craft beer in a cosy country pub, or stepping in the world of Downton Abbey.

Anything and everything goes; and all of our exhibitors are worthy of an OMGB hashtag or two. Be inspired: take a trip to somewhere new or revisit an old favourite, and above all, seek out the exciting, hair-raising, eye-popping, jaw-dropping locations that Great Britain has to offer. You certainly won’t find it lacking.

Here’s a selection… come along to the NEC on 12th October and talk to them about your group plans in person… there’s nothing like speaking to an expert face-to-face.

For architecture: Arley Hall and Gardens 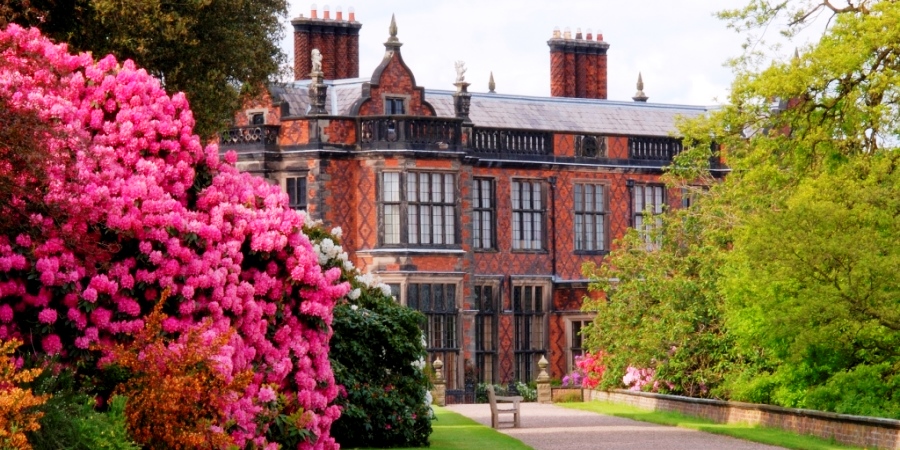 Based in Cheshire, Arley Hall and Gardens is home to Lord and Lady Ashbrook and describes itself as one of the most interesting and attractive stately homes in the North West. Gardens that boast over more than 400 varieties of rhododendrons and guided tours of the mansion are just some of the reasons to pay a visit. Discounted rates for groups of 15 or more are available, with free places for group organisers and drivers.

#OMGB: In the mansion, spot elaborate ceilings and oak panelling, impressive fireplaces and intricate stained glass that make Arley the majestic property that you see today.

Bletchley Park in Buckinghamshire is the home of British codebreaking and a birthplace of modern information technology. It played a major role in World War Two, and is now a heritage site and visitor attraction. It boasts restored codebreaking huts, with their wartime ambience faithfully recreated, and a visitor centre. Parties of 12 or more receive a discount upon entry.

#OMGB: Don’t miss an exhibition running this year until January 2019 called Off Duty: High Spirits in Low Times, looking at the lives of those who worked at the historic decoding centre, with a particular focus on what they did when they weren’t working. 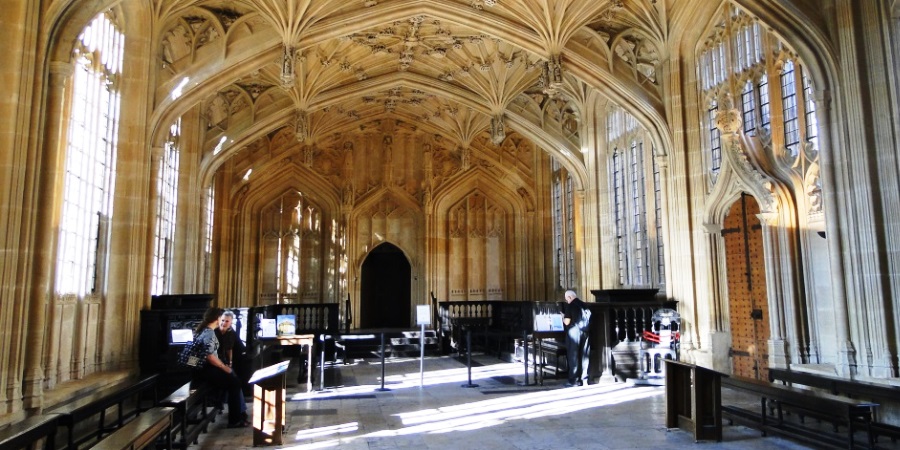 The Bodleian Library, the main research library of the University of Oxford, is one of the oldest libraries in Europe. With over 12 million items, it is reportedly the second largest library in Britain after the British Library. Regular exhibitions run throughout the year; 2018, for example, will see the opening of Tolkien: Maker of Middle-Earth, which will showcase the full breadth of writer J.R.R Tolkien’s literary imagination and his life and work as an artist, poet and scholar of languages.

#OMGB: Don’t miss stepping into the Divinity Room, a Medieval room that’s said to be the oldest teaching hall and earliest examination hall of Oxford University.

For the arts: Shakespeare’s England

This year, the Royal Shakespeare Company is marking 2,000 years since the death of celebrated Roman poet Ovid with four of the Bard’s political thrillers set in and around ancient Rome. These include Julius Caesar; Antony and Cleopatra; Titus Andronicus; and Coriolanus. The Shakespeare Birthplace Trust will also be celebrating its 170th anniversary on 16th September; it was formed in 1847 following the purchase of Shakespeare’s Birthplace. Shakespeare’s England is the umbrella brand that looks after these attractions.

#OMGB: Shakespeare’s Birthplace, the home William Shakespeare was born and grew up in, is a must for literary fans visiting Stratford-upon-Avon – you can walk on the original flagstones that the Bard himself walked on and see where he lived with his family.

For the great outdoors: Go Windermere 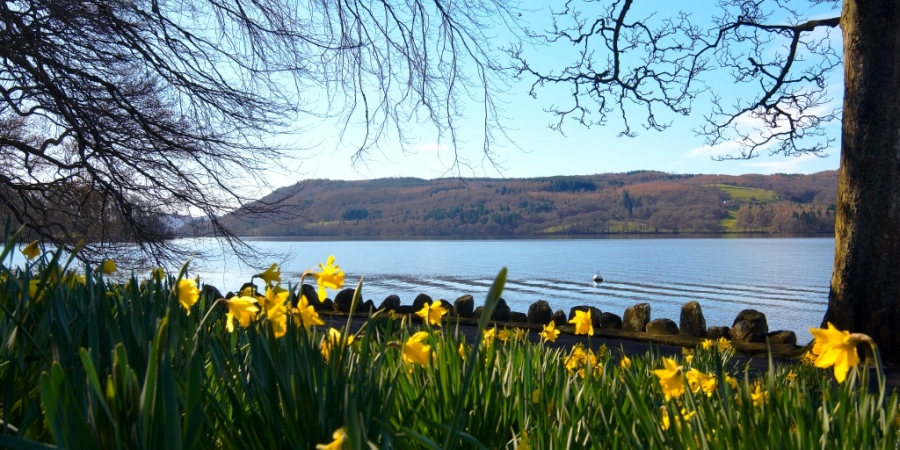 Delve into the heart of the Lake District, Cumbria, by visiting some its popular attractions. The umbrella brand, Go Windermere, looks after Windermere Lake Cruises, The World of Beatrix Potter, the Lakeland Motor Museum, the Lakeside and Haverthwaite Railway, Lakes Aquarium and the Lake District Visitor centre at Brockhole. Groups can speak to representatives at the GLTS for ideas on how to create itineraries taking in several of these tourism magnets.

#OMGB: A trip to the iconic Lakes wouldn’t be complete without a cruise across Windermere. Group rates are available with Windermere Lake Cruises, and several cruise options are available to choose from.

#OMGB: Kew will host the Kew Science Festival between 4th and 6th August, which will include appearances from scientists, plus tours and workshops. 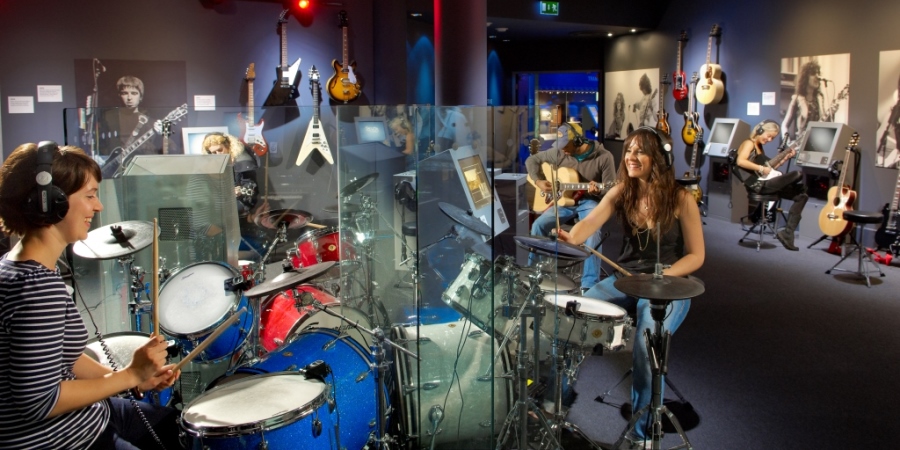 The British Music Experience at it’s previous home, the O2 in London.

The British Music Experience is exactly what it says it is: an experience focusing on music that has come out of Britain. Based in Liverpool, the attraction takes visitors on a comprehensive trip through British musical history in a 16,000 square-foot exhibition space that displays an extensive collection of music and related memorabilia.

#OMGB: Groups can enjoy an interactive instrument studio, plus take the opportunity to learn how to do the twist in a dance booth.

You can meet representatives from all of these attractions and many more at this year’s Group Leisure & Travel Show, taking place on 12th October at the NEC, Birmingham. To see a full current exhibitor list click here.

You can register for free entry now, and take advantage of our free parking offer.

Find the simple Visitor Registration form at grouptravelshow.com/register – why wait?

Companies interested in exhibiting can telephone Sharon Yandell on 01908-613323 for more information or e-mail sharon.y@yandellmedia.com.