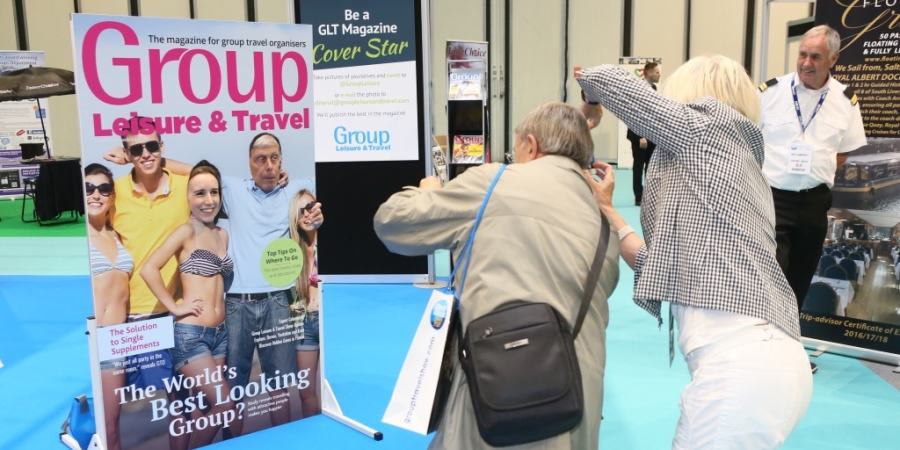 A round up of some of the best moments at this year’s Group Leisure & Travel Show.

The 2018 show may be over, but the team are still buzzing from its success. The event, which saw hundreds of exhibitors presenting their attractions, hotels, theatres and venues, was a hit with the visitors and was one of the best shows yet.

Here’s a reminder of some of the best bits…

The Group Leisure & Travel magazine stand featured a giant magazine front cover photo board, allowing visitors and readers of the magazine to pose for photos and envision themselves as the next cover stars. Not only did visitors have fun, the team certainly did too. 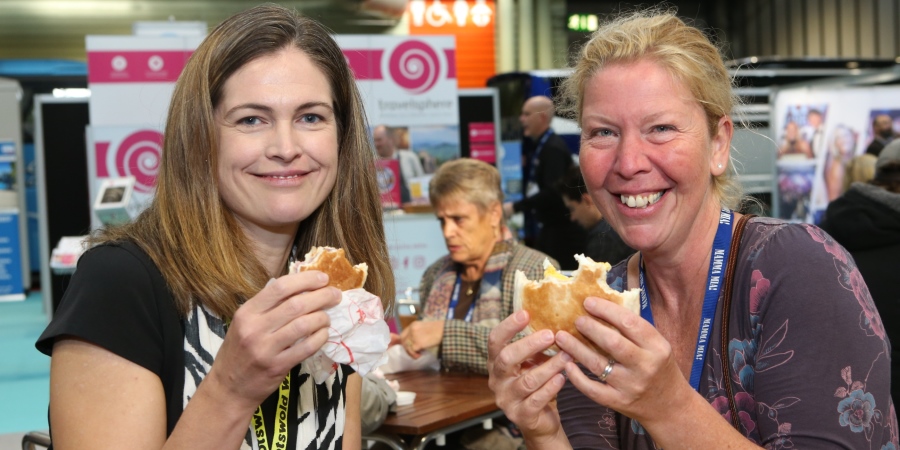 Bacon butties were enjoyed at the show.

Visitors who arrived before 11am were able to pick up a delicious free bacon butty, the perfect way to start their day at the show. This perk is hosted at most of the Group Leisure & Travel Show events, so next year make sure you arrive early to get your hands on one. 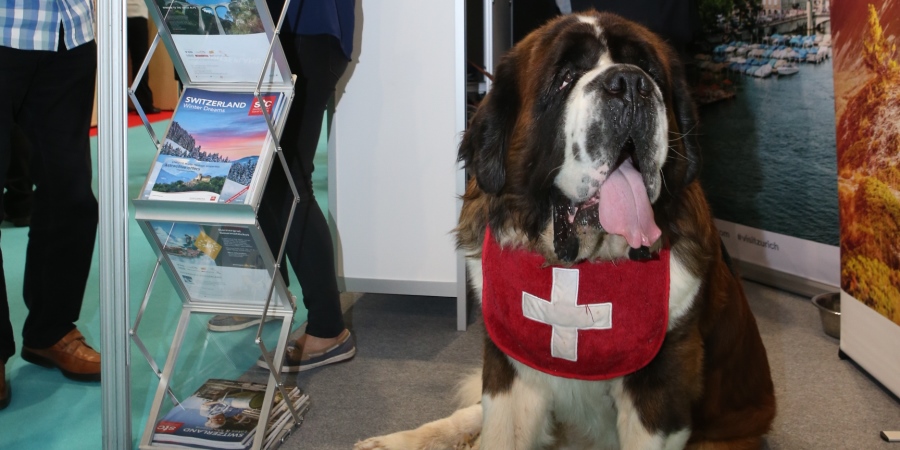 STC Switzerland Travel Centre once again brought along their lovely Saint Bernard dog, Hugo, to represent the company. The gentle giant was a hit with all the visitors and made it on to social media appearing in many photos. Hugo brought in crowds to the stand, made friends with visitors and fellow exhibitors and certainly helped make it a great day of business for the team. 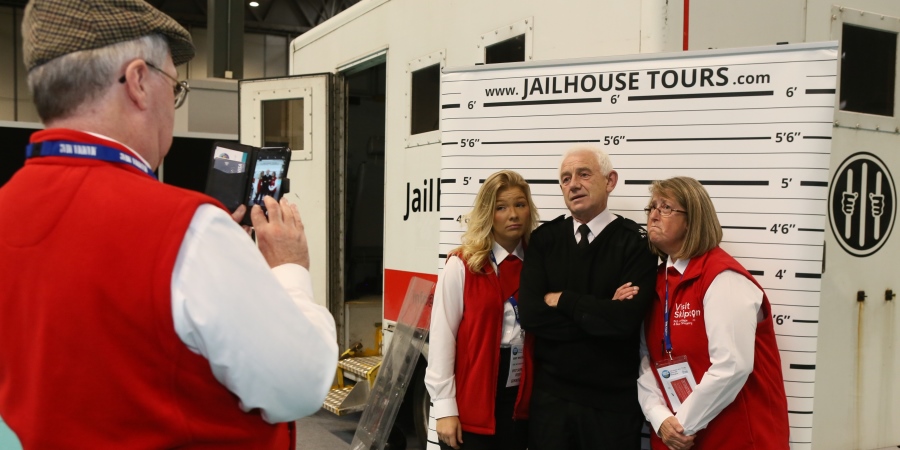 The team from Jailhouse Tours, which offers visitors the chance to have guided visits around a number of prisons, brought with them a Jail van. Visitors to the show could hop on board and discover the conditions in which inmates are transported to prison. There was also a mugshot height chart nearby for guests to have their photos taken – and of course most were told not to smile… it’s a mugshot after all! 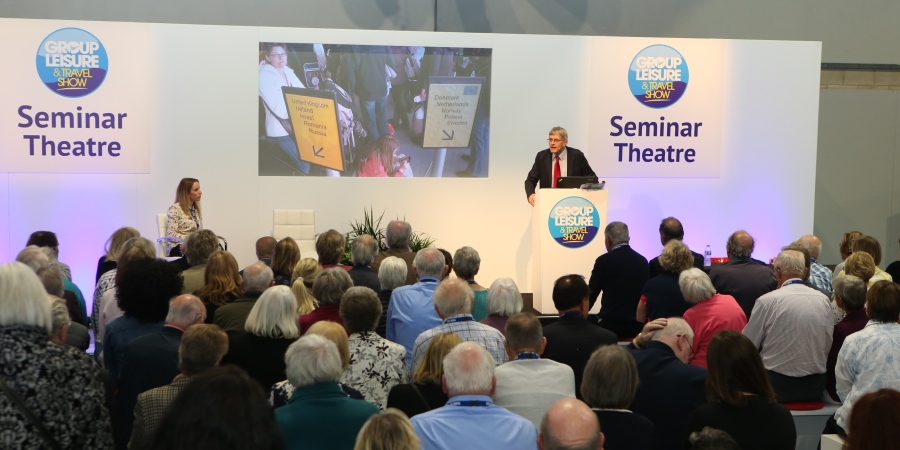 The Seminar Theatre presented three celebrity speakers this year, including TV personality Gyles Brandreth, travel editor of The Independent Simon Calder, and celebrity gardener Carol Klein. The Seminar Theatre was packed out on all occasions with people even standing in the aisles in order to watch. Each speaker gave insightful talks on travel and gardening topics with question time at the of each talk.

Put in the stocks on Bodmin Jail’s stand.

Bodmin Jail’s stand showcased some prison stocks for visitors to have a go in. The exhibitors were promoting their new hotel and guided tours, and the stocks were a great addition to get people interested in the history, and in the mood for a spooky visit – after all Bodmin Jail is considered one of the most haunted locations in England. 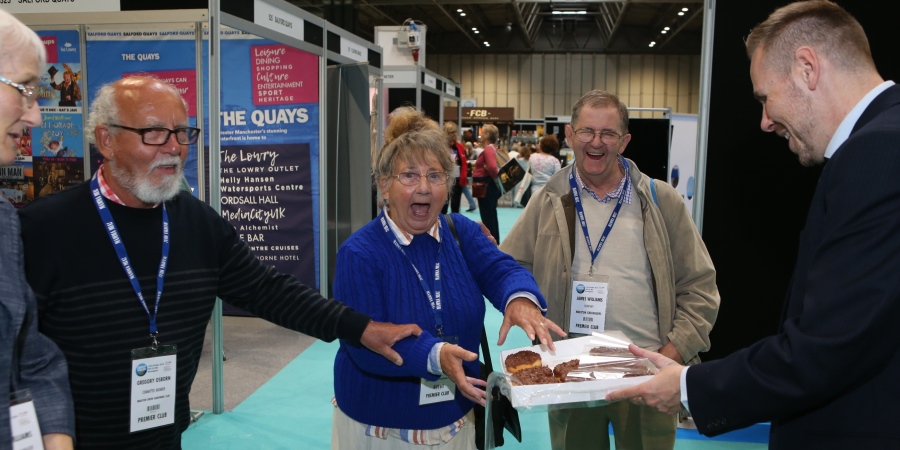 Many visitors could be seen tucking into some lovely sprinkle doughnuts, courtesy of InterChoice whose stand also displayed a giant inflatable doughnut too. There’s seemed to be a never ending supply of the delicious treats, much to the joy of visitors (and the GLT Show team). 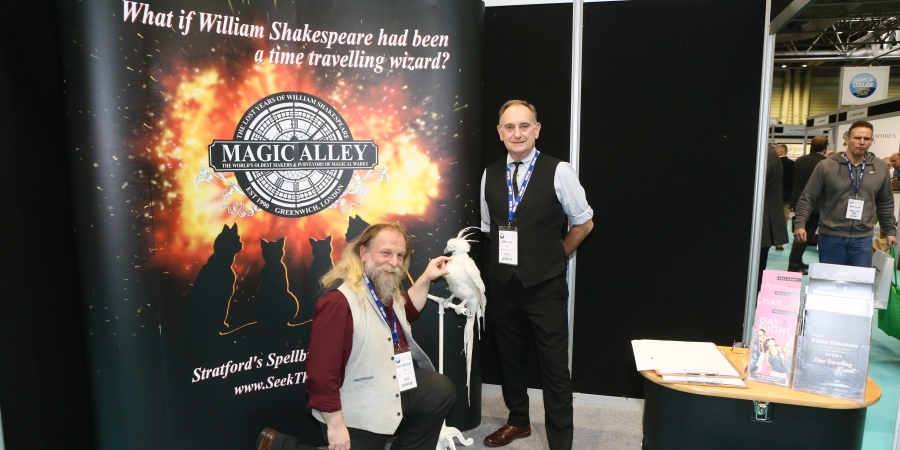 Magic Alley brought to the show a very realistic although mythological creature – an animatronic frost phoenix which intrigued many visitors who were curious to find out more about the bird and what the Stratford attraction is all about. The attraction ponders the idea of witchcraft, genies and Shakespeare being a time travelling wizard. 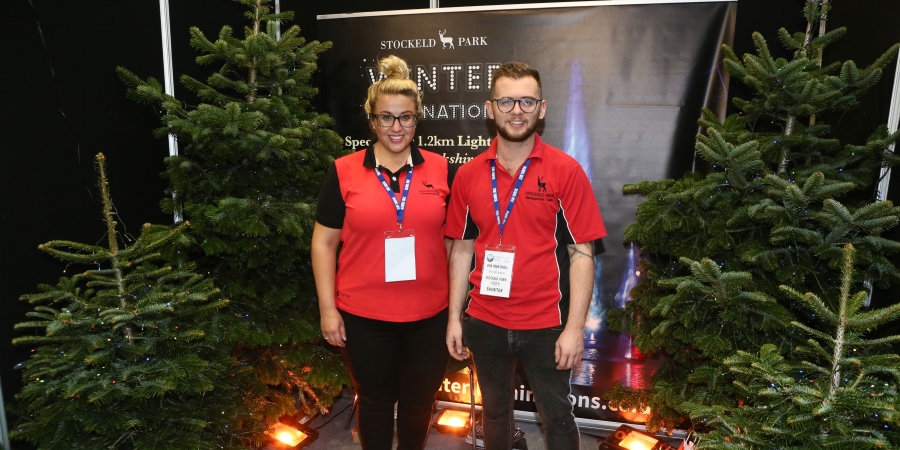 Christmas came early on the Stockeld Park stand as the team brought with them some real Christmas trees, complete with fairy lights. This was to promote the Winter Illuminations which are running between 25th October and 7th January 2019. 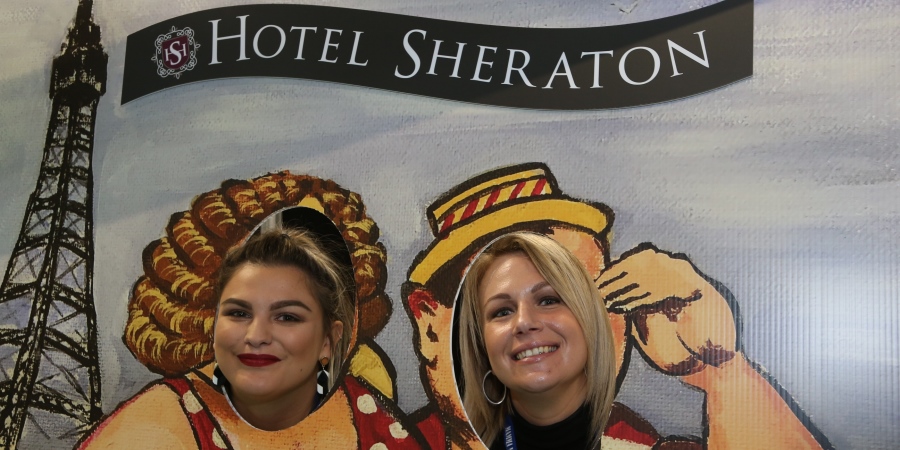 The team at the Elgin Hotel & Sheraton Hotel stand chose to bring a photo board too allowing visitors to pose as though at a typical seaside resort. Many guests could be seen enjoying the board and chatting away to the exhibitors about what they can offer their groups.

Like what you hear? Find out more about exhibiting at the 2019 Group Leisure & Travel Show by visiting this page or email Sharon Yandell at Sharon.Y@Yandellmedia.com for more information.

A photo gallery of the Group Leisure & Travel Show can be found here.